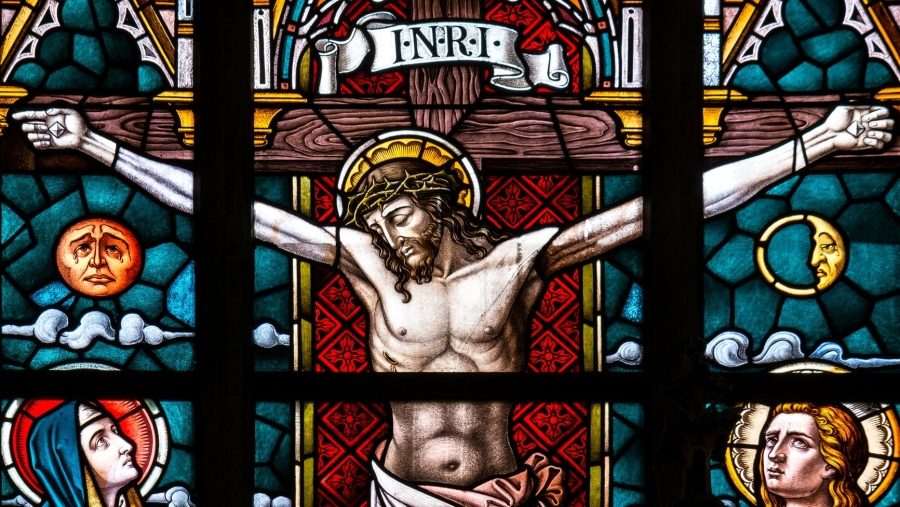 Do you ever get in a deep loop when you find something interesting? I once went down a wormhole through Buddhist culture to learn that what we call a “swastika” was actually a Buddist symbol that represented infinite mercy or intellect and strength. It was Adolf Hitler that forever warped our understanding of that emblem. Who knew?!

When you think about it… there is a vast well of things that we don’t know or understand. It could be anything from what makes the Bermuda Triangle so dangerous to how the Egyptian pyramids were measured and built, or the rate of acceleration an object falls down to the earth.

It is fairly reasonable to say that it’s impossible to know everything. Right?

And even though we’re working for the Lord and guiding this community of people to know him, we’re finding that one of the biggest things that the world doesn’t understand is CHURCH. And how could they?! There are at least seven different major Christian denominations with separate branches within each of those. They all have their own beliefs and rituals. And then there’s Catholicism which gets roped in with the rest of us, introducing things like priests and communion, saints and confession….. The list goes on. How is a person supposed to figure it all out on their own?

My point is this: modern Church is changing.

When people walk into our doors, they may have their own understanding of Church from their younger years – most of them probably being scarred with people who hurt them or words that can’t be taken back.

In the past, the Church has been known for it’s very legalistic ways, scaring people into believing things about God and eternal life. And while it may have drawn people closer to him out of fear, it also burned a good number of people into believing that a relationship with God was performance-based, and that there were a long list of Do’s and Do Not’s if you wanted to get to heaven. It made the area between us and God seem more…. mystifying.

Church should not be mystifying.

The cardinal beliefs of the modern Church today are:
1) Jesus is God and He died for our sins, forever separating us from the finality of Death.
2) His two biggest commandments are Love God and Love People.
3) His will for our life is to reflect those two commandments, no matter what profession or path we choose.

That pretty much covers why Jesus loves us, what we’re to do about it, and how we’re supposed to live until we get up there.

When it comes to how we serve people on Sundays (and any other church-related or sponsored event), you have to keep in mind that every single person you talk to will not be on the same page as you on what you believe. That’s why it’s so important to talk to guests, ask questions, and listen when they tell you about their life. Not only does it help them to be vulnerable and explore the modern Church, but it gives you the opportunity to fight judgments, expectations, and the general discomfort that Church can bring.

While there isn’t one denomination that is doing it “right,” I can tell you this: I think all of these differences were made by people who just really wanted to do the right things. But their intentions were morphed with their past pains and insecurities, which ended up putting up fences and creating ruts that divided us more than it united us.

What’s the lesson from that? Sometimes the Church messes up too, because the Church is made of messy people.

And while the questions you have about the Bermuda Triangle, Egyptian pyramids, or rate of acceleration can be answered with methane gas, a wheel cutter, and 9.8 meters per second squared…. church will never be an easy, quantifiable, logical answer.

Sometimes the mystery is what makes faith… faith!